Update Oct 14, 2019: Michael Höhle caught a mistake and notified me on Twitter. Thanks! The problem is that I used \(\text{Unif}(-10, 10)\) as importance distribution; this does not have infinite support as the target has. This is required, see e.g. Art B. Owen (2013), “Monte Carlo theory, methods and examples”. I have now updated the post to use a normal distribution instead.

Box plots are often used. They are not always the best visualisation (e.g. is bi-modality not visible), but I will not discuss that in this post.

Here, I will use it as an example of Importance sampling that is a technique to estimate tail probabilities without requiring many, many simulations.

Assume that we have a standard normal distribution. What is the probability of getting a box plot extreme outlier (here we use that it must be greater than 2.5 IQR from lower/upper quartile)?

We can simulate it directly:

So we are trying to estimate a tail probability. What if we instead of simulating directly from the distribution of interest, we could simulate from some other distribution with more mass in the area of interest and then reweight the sample? That is the idea behind importance sampling.

Sampling is then done as follows:

We make a smaller sample to find limits (they are based on quartiles, which is fairly easy to estimate accurately by simulation):

We do both of the above 1,000 times to inspect the behaviour: 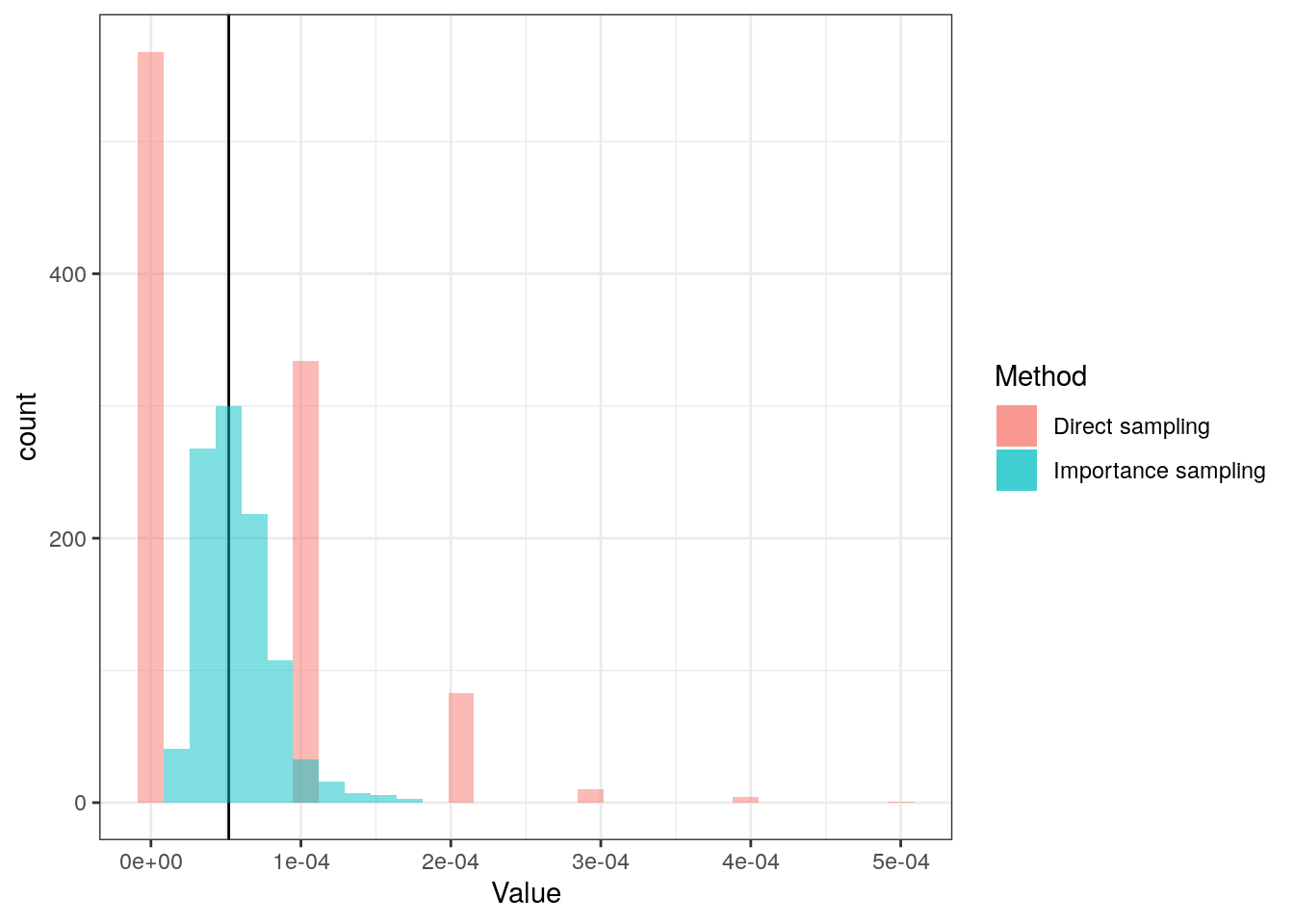 The reason that the density estimate for the direct method looks strange is because it only samples a few different values, and often does not get any outliers:

The methods’ summaries are calculated:

As seen, on average both give the same answer (as expected), but the importance sampling provides a lower standard error.